Counter-narratives from a young people’s perspective 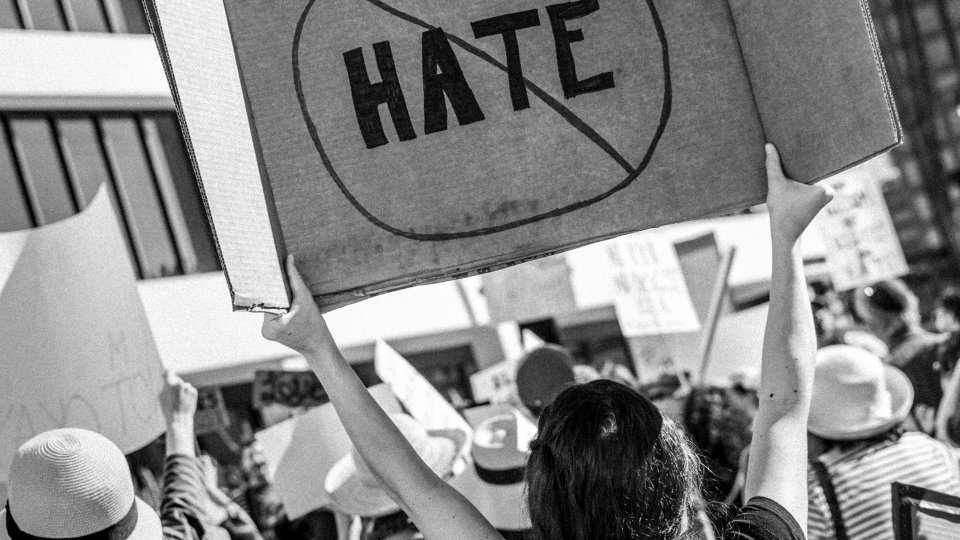 From 5-6 April 2019, the 12th State of the Art Adolescent Health Meeting took place in Zappeion Megaron, Athens, Greece. During this event, the winners of the Spring Hackathon “ORIGAMI CRANE” awards, WEs – a team consisting of Nicolas, Alexia, Margarita and Nikolas – shared their views on producing and promoting counter-narratives.

Q: How do you feel about hate speech? Do you frequently encounter it online?

A: Hate speech is an expression of extreme violence, present in all social media. Nearly every day we come across hate messages, especially in our digital reality. It is a form of bullying that needs to be eliminated, as people or groups are attacked for their characteristics, with no respect for their human rights. We are all humans with needs, feelings, dreams and aspirations. All people need to be respected and part of our global society. We can’t stand seeing some people being cruelly addressed and isolated due to their difference.

Q: Have you ever considered preparing a “counter-narrative” campaign?

A: Yes, but this seems challenging without proper training. It may take months to collect the material and adapt it to the "requirements" of the campaign. Important key points would be the “know-how” of planning this campaign, the target group and how to create awareness and disseminate messages to a young audience.  An online campaign on a dedicated site for an already sensitised audience would not really work. We would need social media interviews, specific groups of influencers, videos and youth channels to get involved in our cause.

Q: What would a “counter-narrative” campaign be for you?

A: This is quite a tough question. It could be a campaign reversing hate messages and limiting negative online behaviour. Creating “support messages”, “acceptance speech”, “empowerment skill promotion”, and so on. According to Newton’s third law, “reaction to any hate action”, we can definitely change things positively online – we just need to want it enough to try adequately!

Q: Whom would you first target with your “counter-narrative” campaign?

A: Many groups need our online support. In Greece, refugees are certainly a group which needs support in the online and offline world. Greece, at the border of Europe, is the entrance gate to Europe for them; therefore, our campaign should be a “caring umbrella” against any online hate rhetoric. However, other groups also need to be part of our campaign, such as youth with disabilities and also LGBTQs, whose emerging rights are a topic of debate in our country.

Q: How long should the campaign be online?

A: This is hard to say. As long as hate speech exists, counter-rhetoric campaigns will be needed. Hopefully, a sustainable campaign, with long-lasting results, would be our target. We would aim for the campaign to be available at least for one year, in order to engage youth groups in our vision, through a “snowball of acceptance” in which students would be able to deeply empathise with every individual and treat them with respect. It is beyond despair for us to witness scenes of online verbal violence and tolerate images, memes or proems attacking people, just for being who they are. A society that allows hate speech tolerates discrimination and invites violence. People are not born hateful - they become hateful. Education can prevent hate! Being part of the SELMA approach and being involved in the recently launched SELMA Toolkit, we would reach to youth teams in other countries to create a global network. Through this, we could organise multiple online/offline events and actions worldwide, such as conferences, online platforms, hackathons and school participation projects.

Looking for activities to teach young people how to implement effective counter-narrative campaigns? Explore the SELMA Toolkit and join the discussion online! Keep an eye on our Twitter #SELMA_eu hashtag, while following us on Facebook.