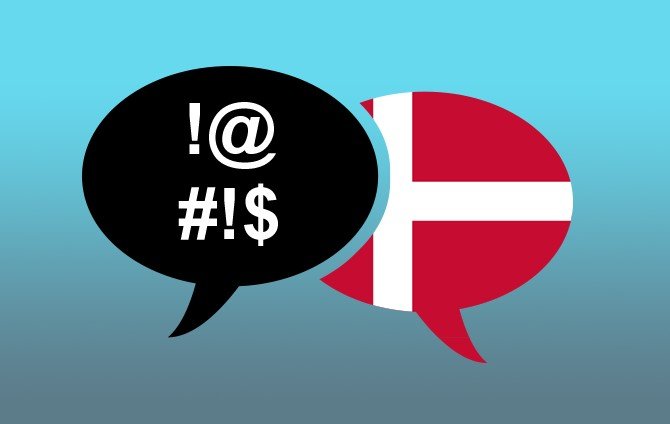 Outside of some academic circles, hate speech is not a very clearly defined, understood and used term in the public debate in Denmark. Needless to say, this does not mean that people living in Demark are not subject to the problems and consequences associated with the hate speech phenomenon.

A recent study, published by The Danish Institute for Human Rights, found that about 1 in 7 (15%) of the comments which are allowed to remain (after the official moderation had taken place) on the Facebook profiles of the two largest news channels (DR and TV2) could be characterised as a hateful utterance. Considering that Facebook is by far the most widely used social media in Denmark, these numbers do give an indication of the current scope of the phenomenon.

The study defines hate speech as: "Stigmatising, derogatory, offensive, harassing and threatening utterances, uttered in public, regarding an individual or group, based on the gender, ethnicity, religion, disability, sexual preferences, age, political views, or social status."

Considering this definition, the report also points out that there is a clear indication that news reports containing hateful utterances (e.g. because of quotes) tend to generate significantly more hateful comments than news reports which do not.

Moreover, news reports on social media are most likely to generate (some) hateful comments, when they cover one (or a combination) of the following subjects (listed in a random order):

Furthermore, it should also be noted that politicians and regular citizens alike claim that the harsh tone of certain online debates sometimes keep them from participating in said debates.

The chief piece of national Danish legislation commonly used when dealing with online hate speech legally is paragraph 266 b of the Danish Criminal Code (the so-called "racism paragraph"). According to paragraph 266 b: "A person who, either publicly, or with the purpose of dissemination to a large group of people, makes a statement or another kind of message, wherein a group of people are threatened, ridiculed or degraded, on the basis of their race, skin colour, national or ethnic origin, religious belief, or sexual preference, is liable to being punished by being fined, or by being imprisoned for up to two years." (Source: danskelove.dk/straffeloven/266b, 2018)

In relation to this, The Danish Institute for Human Rights notes, that as it stands, the paragraph does not in any way cover hate speech with regards to for example gender or disability.

As mentioned earlier, "hate speech" is a very rarely used phrase in Denmark, and as a phenomenon it is seldom discussed on its own, but rather as a part of other related subjects. For this reason, the number of national programs aimed at prevention or intervention in relation to hate speech online is rather limited.

This article has been written based on the research report "Hacking Online Hate: Building an Evidence Base for Educators", which was published by the SELMA project on Safer Internet Day (Tuesday, 5th February 2019).

Read the full Danish perspective on hate speech or the whole report here.