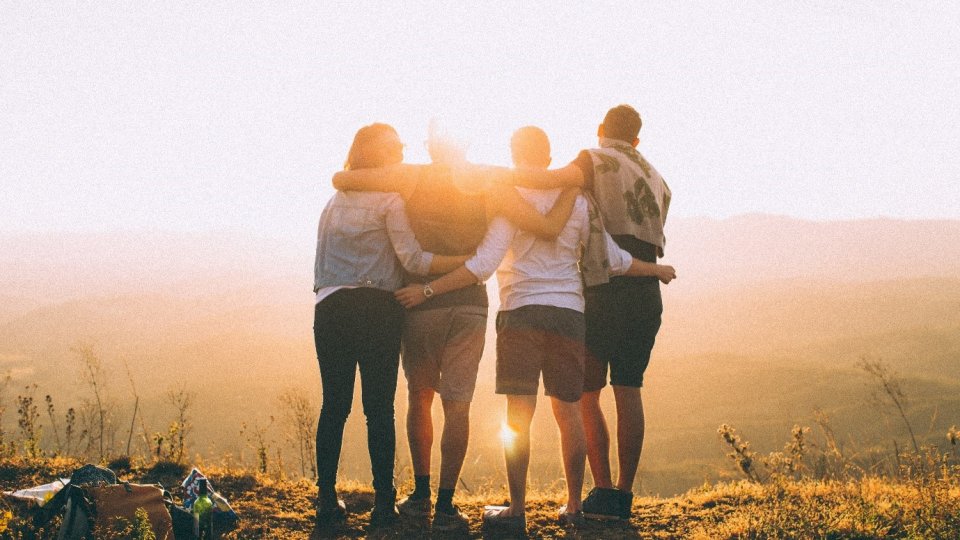 In the digital space, promoting counter-narratives is useful to avoid young people seeking answers in unfortunate places, to avoid them becoming part of extremist or radicalised communities, and to enable them to take part in the democratic debate and to make good use of their freedom of speech. An example of one such initiative is the Danish podcast series “Lige På” (“Straight On”, roughly translated).

The series was created by the Centre for Digital Youth Work (SELMA partner, Denmark). The main purpose of the podcast series is to counter and prevent radicalisation, extremism and hate speech. The team chose not to focus directly on these matters, due to the risk of drawing attention to these issues in a negative way. Therefore, another approach was chosen.

Instead, the team put their energy into bringing light to the positive narratives and the positive stories. This stems from the knowledge that, when people become radicalised, it is often a question of them having felt excluded from society in one way or another and not having a sense of community and a sense of belonging. Therefore. the hope is to create a community with room for everyone and every issue - big or small.

The podcast targets young men aged 15-25, who ponder some aspects of their identity as men, and who might be dealing with some of the issues brought up in the series. In this way, several issues that young men meet in their everyday lives are brought to attention - issues that are normally surrounded by too much taboo for young men to talk about. The issues could be anything: bodily insecurities, loneliness, substance (ab)use, love, doubts about choices and direction in life, sex, gaming, bullying, and so on. But instead of having three or four adults working in social and/or health professions talking about these issues from a professional point of view, the microphone is given to the young men themselves, who are asked to share their thoughts and feelings from their own point of view and with their personal experiences as a starting point.

The focus is solely on young men, due to the fact that boys and men are often overlooked when it comes to dealing with issues related to being a young person in today’s society. Girls are really good at talking about the issues they face, whether big or small, but boys aren’t. This is partly due to a culture in which men are expected to suck it up and deal with it, without flinching when faced with adversity, whereas it is more culturally accepted for girls to show emotions, and how various events affect them.

The sole focus on young men is also due to girls being much better at seeking advice, counselling and guidance - whether online or offline - than boys are. Therefore, it is important to give the boys a safe space, where they can be who they are and where they can have a man-to-man conversation about anything and everything, without risking losing face or being seen as less of a man.

In essence, the focus of the podcast is on inclusion and on breaking down taboos, in order to make room for positive, democratic dialogue in a safe space where young men can talk about any topic they like, without judgment. Seeing as the main goal is to get the men speaking rather than steering the conversation in a specific direction, a filter-free environment has been created. Also, topics are debated with both humour and seriousness, giving the listener a feeling of being in the company of good friends, again promoting inclusion.

“It’s okay to feel left out”

26-year-old Lasse Juhl from Aarhus is one the men who have chosen to be part of the podcast, and thereby shares some of his personal experiences. He is looking forward to opening up, and helping push men to talk more to each other about the difficult things.

“I feel it is important to figure out why it is so damn hard for men to talk to one another. About love, about sickness, about not feeling good enough or manly enough, whatever that means. We have a facade, where we hope not to be exposed as the weak one in a gathering of men. I want to break down that facade, and show, that we aren’t as different as we might think. And that by helping each other, we can be more relaxed when relating to the ideology of “being a real man”. It’s okay to feel left out, and maybe to feel weak, and I feel I can help by being a part of this podcast and articulate some of the issues, that many men feel are taboo.”

“By being a part of the podcast, and by sharing a part of myself, I hope there will be a young man out there thinking ‘damn, that’s exactly how I feel’, but who doesn’t have to be 26 years old, before that particular piece falls into place”, says Lasse Juhl. With this statement, Lasse hits the purpose of the podcast spot on: to create a sense of community, of belonging, of inclusion, and to learn to be okay just being yourself.

When adults take counter-narrative measures towards tendencies seen in younger generations, there is a risk of it taking the form of admonition in the eyes of the target group. When counter-narratives take this form, the risk of them not working rises, as young people tend to see it as just another way adults are trying to tell them what to do and what not to do instead of just letting them be. To overcome this risk, creating counter-narratives with young people as active participants seems to be the obvious choice. In this way, the target group will be able to relate to the counter-narrative on a whole other level and see the point of it - to a much greater extent than if it were purely adult-led. Therefore, the podcast can be seen as an effective counter-narrative initiative against hate speech, radicalisation and extremism.

The questions come manifold when young people try to find their way and figure out what is up and what is down in life, while constantly affected by outside influence. How can I heighten my sense of self-worth? Which friends are worth keeping? How do I get my crush to notice me? What should I do with my life? Who am I? Who do I want to be? What do others think of me? How do I get my bully to stop? Am I average sized?

Most young people today take to the internet to seek answers to these kinds of questions. There, they find pages on pages with all kinds of information – some of it good and legit, some of it bad and untrue.

Everyone’s lives are shaped by the information they are exposed to on a daily basis. Therefore, seeking answers online can really broaden your mind and give access to a cornucopia of information you did not even know existed. But at the same time, seeking answers online can narrow your mind significantly depending on the answers presented to you - and the answers you prefer.