The consequences of online hate speech – a teenager’s perspective 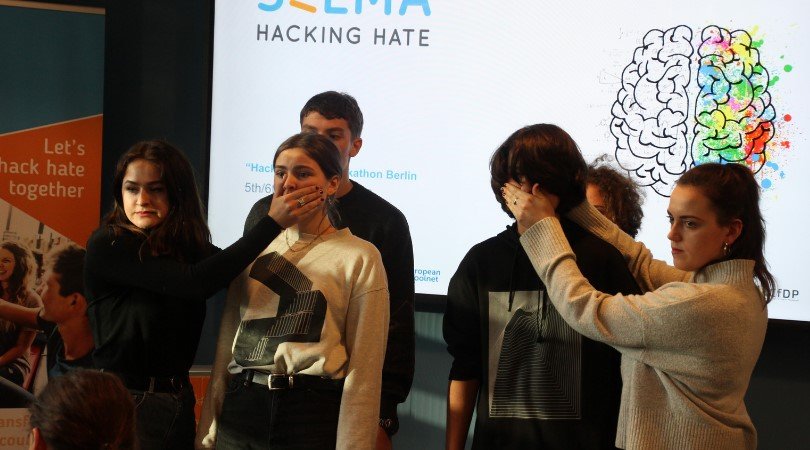 Nowadays, the risk for young people to encounter, in one way or another, hate speech online is substantial. While risk does not automatically constitute harm, exposure to online hate does increase the likelihood of individual or societal damage, with a distinction to be made in terms of the various forms harm can take.

The focus groups carried out in the framework of the SELMA research programme provide an interesting insight into how young people see  the online hate speech phenomenon. It appears that teenagers are very much aware – and even concerned – of the harsh consequences online hate speech can have, both at the individual and societal levels.

In general terms, online hate speech may cause direct and indirect effects on individuals' psychological wellbeing, short and long term, with the amount of damage significantly bigger in case of victimisation, compared to mere witnessing. One could argue that the consequences of hate speech are similar in form (but sometimes not in intensity) to the effects experienced by recipients of traumatic experiences. That said, responses will be mediated by past experiences, psychological and physical strength, the available sources of support, and so forth.

More specifically, victims of online hate speech may show low self-esteem, sleeping disorders, increased anxiety and feelings of fear and insecurity. They may feel lonely or isolated: one respondent from the UK explained that victims "feel left out, like they've got no friends". Others identified "chronic depression" and "bad schooling overall" as possible consequences. One young girl explained that "you could get upset from even the smallest things, even if it's meant as a joke. I guess you become more vulnerable". According to another youngster , haters "target your sensitivities and insult you and you feel bad. In the end you end up with more insecurities and you will turn more reserved, not so social, and you will have that fear of being insulted".

The fact that victims of online hate speech may develop social anxiety and feel the need to isolate themselves, was brought up by many interviewees: "if someone's sitting behind a screen, they probably feel better sitting at home writing something, and the one who's the victim probably also keeps a low profile, and I think it could end up like that, more and more people sitting at home by themselves".

Victims of online hate speech may feel as if their human dignity was violated, no longer seeing themselves as good and appropriate, in accordance with socio-cultural norms. As young people described it, "because of that online hate, they would just be scared to, like, even express themselves", "(they) feel kind of lost, like the whole world's against (them), (they) feel like (they)'re being withdrawn… They get stuck and stagnate in their social development and develop social anxiety".

Some respondents also pointed to the possibility of behavioural harm, with victims possibly committing suicide or cutting themselves. "You're saying to someone hate and that could later lead to like depression and like suicidal thoughts."

When discussing the support that victims might need, young people were able to identify possible sources of support, including parents, teachers, peers and even internet providers. At the same time, they also acknowledged that victims are likely to hesitate to ask for help since "they are afraid that the problem will be dismissed" or "they would not be understood". They also "do not want to make the problem official" or they just "feel embarrassed". Therefore, they want "to deal with the problem by themselves".

The impact of online hate speech on society as a whole

Apart from its impact on individual wellbeing, one should also factor in how online hate speech has a wider societal cost. It may lead to the normalisation of discrimination, intolerance and hateful attitudes and behaviours. When asked about the societal consequences of hate speech, young people highlighted the fact that it can threaten freedom of expression: "freedom of expression is abolished. If you are targeted by hate speech, you will start not voicing your beliefs. A society that does not express opinions and ideas will not progress".

In this regard, recent research describes a number of narratives from young people they interviewed, reflecting a widespread laissez-faire attitude, of being indifferent, seeing hateful comments as jokes, minimising the impact, or linking hateful content to freedom of speech and everyone's right to express their opinions. The results of the SELMA focus groups reflected the same situation, with respondents being particularly concerned about younger children in this regard: "maybe one day you get the feeling hate is normal and swearwords become normal as they're used all of the time… I'm not sure if young children know what it means but they use really bad expressions, they learn it on the internet with all the hate they see".

Additionally, online hate can create a wider climate of fear and polarisation, with social cohesion being threatened by hostility. One young person admitted being afraid that "we‘ll lose respect for one another, that we don't talk in a normal way any longer but more extreme". Another one wondered whether "(hate speech) could lead to a big group of people leaving a certain crowd and then (hate speech would) separate these people from other people and then the young people grow up to believe that same thing and it just sort of, like, separates two peoples".

This article has been written based on the SELMA research report "Hacking Online Hate: Building an Evidence Base for Educators", which was published on Safer Internet Day 2019. The full report provides a more detailed analysis of the views of young people, with guidance for educators and professional on how to respond to this. Read the full report here.

The SELMA Toolkit, to be released in May 2019, will consist in a collection of principles, methods and practices enabling educators to work on online hate speech with teenagers aged 11-16. Find out more information here.