Why did I hate online? 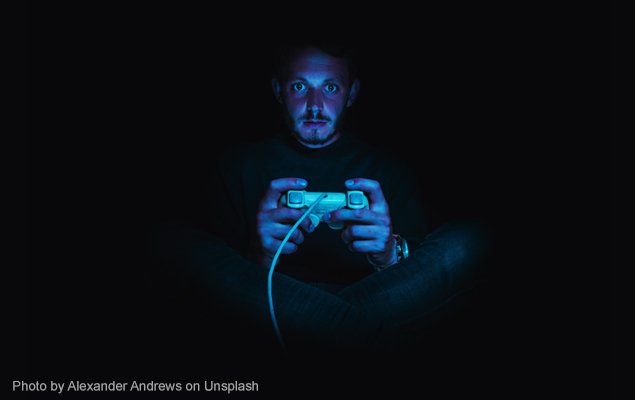 This article is the first in a series of guest contributions in which we ask people associated with SELMA about why they think this project will make a difference. Christian Mogensen, member of the SELMA Education Task Force against online hate speech, explores the psychological mechanisms underpinning online hate speech through his personal experience. "As teenagers, we seem almost biologically destined to not talk about inner turmoil and vulnerability; here is my teenage story from a 30-something perspective."

The online arenas we visit in our daily lives (Facebook, Twitter, Instagram, gaming communities, and so on) are not psychologically separated from our offline life. We are ourselves online too. Yet, when we are online, we tend to turn the derogatory volume up to 11, and the slurs of bigotry and violence are abundant. It seems that we tend to hate more online. But why? If technology allows us to be ourselves in a digital media, then either humans are hateful small-minded beings, or the world wide web brings out the worst in us.

My mom, the whore

Growing up with video game consoles in the early 90's, the transition to PC gaming was natural. Apart from upgraded graphics, a plethora of games, and rudimentary hacking, this change also enabled online gaming. Hooking my Pentium-powered desktop into the screeching modem of my fathers' office, ready to conquer the world in Quake and StarCraft, became a routine.

Much to my surprise, within the first matches of 56k-modem mayhem, I discovered that a multitude of almost-teenagers have had sex with my mother. Lots of sex, apparently. Whether winning or losing a match, the chat was filled with graphic depictions of my mothers' trans-national escapades, which of course did not align with my own image of her. I got mad. Struggling with comebacks, I often took the simplest way out; I had, as a matter of fact, also bedded their mothers. Copiously so. Sometimes, I would remind myself that a good offence is the best defence, slinging remarks at them before they could do it to me. I noticed that some got so mad, and took so violently to the chat, that I could easily get them steamrolling retorts and comebacks, while casually winning the online match. They fell into the trap, much like I had done.

Tedious schooldays and strenuous social interaction with classmates, with whom I had little in common, often led me to go home after school feeling dismayed and cross with the world; a frustration I could hardly take out on classmates and peers. I was the runt of the litter and a verbal lashing from me would surely result in a physical one from them. Or, even worse, more social isolation. But the poor zaps online had no idea of either my whereabouts or social standing! They were in for a vulgar broadside…

Me, the teenage dirtbag

Being a teenager is a tall order in itself. I had ginger hair, a love of books and instruments, and grew up in a "city" not encompassing either. Being shoved around, physically or socially, never feels good. Even if the victim abstains from crying out, it hurts. Most people that have been pushed around know that crying out, verbally or in any other way, just paints an even bigger target on your back. Often, the best thing to do is nothing. Keep the proverbial stiff upper lip and hope that this will pass. But it hurts. And you want to do… something.

Enter internet. The tirades in online games continued, but sometimes I just didn't want to use speech to throw opponents off balance or draw them into already tough comebacks. I just wanted to shout… and if that was in a digital abyss rather than at somebody's face, then so be it. Seeking out message boards with little to no moderation, I found virtual chat rooms filled with peers where we could reassure each other that playing life with a shitty hand of cards was in no way our fault. Unfortunately, that self-pity and mutual blind support led to one crucial question: if our lives are indeed less than what we feel they should be, and the fault isn't ours… then who is to blame?

"Somebody else" is the short answer. "Everybody else" would be the long one.

The message boards I frequented didn't unite under one banner of blaming one group of ‘others'. Some blamed the vile (almost) women in their school, some took fault with the Muslim minority, others spiralled into a bias hate-fear of Jews secretly controlling the world. Someone was definitely to blame; we just had a hard time finding out whom.

Most users would dabble in different melting pots of hate and bigotry, changing the target from one week to another. The rhetoric was the only common aspect of all the digital descent; ‘they' withheld something from ‘us', ‘they' were attacking ‘us', ‘they' were doing this consciously to ‘us', ‘we' had an obligation to not only ourselves but to society to fight ‘them'. Unity. Us vs. them. It felt good. The ‘versus' didn't matter, nor did the ‘them' - but the ‘us' was a godsend. Uniting against something feels amazing, no matter what it is.

I knew that animosity towards these groups of people was not only unfair, but it would also earn me a stern lecture, most likely a grounding also from my parents. Yet, that knowledge and awareness didn't prevent me from being a teenage dirtbag, as a popular song at the time said.

The possibility for pushback made us hone our arguments. Being a majority of geeks - usually a positive term for people ready to dive headfirst into insurmountable quantities of information - we reached out to more likeminded individuals and groups, read up on historical aspects of our hate du jour, and sought out the ‘truth' in old annals and books. None of those were, of course, impartial. Any argument against our beliefs was brushed aside as either false, fabricated or foolish. In short, we sought out propaganda and cherished every syllable of it because it told us that we were right - the hitherto ‘they' were to blame.

Establishing and cultivating an echo chamber is not hard and pays off amazingly. We built a network where everybody assured everybody that feeling bad was never your fault. That's a nice network to be in. The fact that it was based on hate and built walls rather than tearing them down scarcely mattered.

The network was ingrained in forums around gaming, politics, philosophy or similar. Gaming grew to be a place where losers played like women (because obviously women were bad at everything), or behaved like ‘bitches' (using conniving strategies to win). Similarly, in politics, economic incentives were ‘Jewish' and foreign policies should seek to ‘defend the West against foreign influence'. Successful people were ridiculed or besmirched, instead of being asked "Why are you so happy when I'm not?". Collective idiocy rarely deals with introspection. We all agreed that we weren't happy (enough) and that something needed to change, as long as it wasn't us.

Our future world-domination stayed online, of course. The propaganda never spurred the necessary courage to take the debate to the living room, where parents easily would dismiss it, nor the classroom, where a teacher would scoff and flunk you, and classmates would ridicule you. The few times when the digital hatred spilled over into the real world, most agreed it felt good to be noticed at least; to be a somebody instead of a nobody. If you couldn't be the good guy, you could at least be the antagonist. But it never took hold; the arguments were disarmed or disparaged by people simply not caring. The online environments were perfect, as they could be shaped to fit the hate, and filled with people who shared it or were willing to, lured in with a promise of ‘us'.

I either grew up, or grew out of it. Maybe it was a burgeoning musical identity with a legacy of peace, love and power-chords; maybe it was my parents' diligent training in quality arguments at the dinner table; maybe it was traveling; maybe it was getting my ass kicked in kickboxing. The fact is that I grew out of it. Over the years, I saw people I knew digitally engaging less and less with our group. They simply faded from existence, disappeared, or denounced the hate speech and were kicked out (got to keep that echo chamber intact!).

Life changed and I met people I felt some intrinsic need to connect with. Exposure to other minds, matters and milieus can be a tremendous provocation to one's mind-set. Sometimes that's a good thing.

Over different periods of my life, I withdrew myself from actual environments to digital ones, where I could shape myself. It was never because of infatuation with whatever the digital world encompasses; it was always an escape from something I couldn't handle. Most young people preaching hate or setting up us-vs-them battles will tell you that they don't actually mean it. I didn't. It was a rampant experiment; an excuse or a conscious acceptance of a ‘versus them' stance because it necessitates an ‘us'.

Acknowledging, as a quasi-intelligent teenager, that everybody who was smarter than me was also kinder than me was hugely provoking. The more I talked to other people, and the more I dared to expose myself to adverse views, it became apparent that those who hate are those who hurt. I still have a need for ‘us', every human being does, but I also know that it cannot be built on the shoulders of ‘versus them'.

What makes SELMA different is that it does not try to tell young people what is "good" or "bad". For the teenager I used to be, a moralising approach would have been largely ineffective, because it completely misses the point.

Rather, the SELMA Toolkit starts from the acknowledgment that, for many young people, hate is part of their online life. It is a pattern of behaviour, interconnected with the social and cultural contexts in which it takes place. Therefore, having an open dialogue with young people is definitely the way to go. We should enable them to critically reflect about what hate speech is, why it occurs and the consequences it may have. We should help them to develop their own strategies to redirect their hate for it not to be harmful, while empathising with the perspective of others. SELMA is trying to do exactly that. As such, it may well become a safe harbour for young people who struggle, helping them to understand and learn from their feelings and experiences, even the negative ones.

The views and opinions expressed in this article are those of the author and do not necessarily reflect the views of the European Commission or organisations or parties associated with the project.