Why do young people hate online? A teenager’s perspective 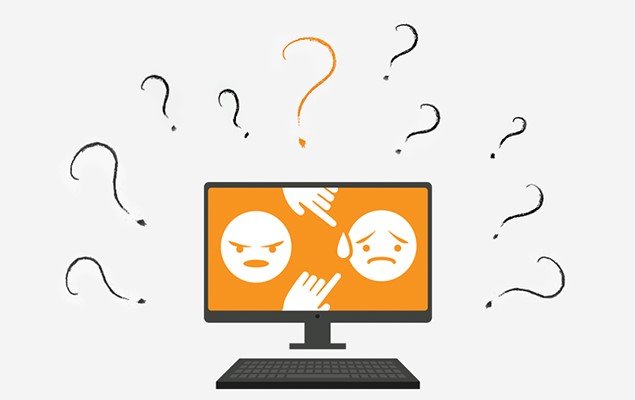 Teenagers increasingly encounter hateful messages online, particularly on social media – but why do people seem so prone to hate online? As part of our efforts to tackle online hate speech and to provide an evidence-based approach to this phenomenon, we carried out a range of focus groups with teenagers from Denmark, Germany, Greece and the United Kingdom, to gather their views on online hate speech and the reasons to hate.

Apart from the victims, two types of actors come into play when online hate speech is concerned: there are those who actively create or share hateful messages (the "haters") and those who participate in it with various degrees of passivity (the "bystanders").

When focus group participants were asked to identify some general characteristics of "haters" and their possible motives, diverging and sometimes contradicting profiles emerged.

According to some respondents, haters are "shy and quiet in real life", "lonely souls" who "are feeling bad about themselves". They share hateful messages online because "it's distracting them from their life which they may not be happy with". The online space provides haters with a place where they can make themselves "bigger", as some teenagers put it: "maybe they're shy in real life and make use of the anonymity of the internet to feel more powerful and generally feel better", "you can be a big, abusive personality online even if you are just a little runt, sitting at home in your living room". Haters are "less empathetic" and have "less contact with other people". They have "hardly any friends", and "they lack social skills".

Others see online haters as "popular people who have doubts about themselves" with "a superiority complex." They "need to feel strong", to "gain a status", and to let their peers think they are "cool". They "have a great idea of themselves, (…) they think they have to comment and criticise everything", and "want other people to look up at them". Interestingly, one teenager reflected on how it all "links to popularity, how everyone is trying to get themselves in the group by doing something that deep down they know is not right but they want to do it anyway, because they want to look good".

Another depiction of online haters was that of individuals with negative experiences or in a vulnerable situation, with reference to their sadness, fear, loneliness, anger, or low self-esteem. These haters feel excluded. For them, hate comments are "a way to become part of society", "they want attention and a bit of fame". Similarly, some teenagers suggested hate might be a result of jealousy: "their family has not provided them with many things. It is like being deprived. And they say ‘if I do not have it, I do not want others to have it either'". Many respondents also noticed a vicious circle between being targeted by online hate and being a hater: "I've seen that those who bully have been bullied. That's why they do it". People share hateful messages because they "have been hurt or abused in their house, by their family or someone else, and they want to retaliate or take revenge, by hitting out at other people". Hating is a way for them to deal with their problems and anger: "they have insecurities. Some things may be happening at home. He/she may not have many friends at school. All this anger and all the negative emotions are taken out on others."

The young people from Germany, Greece, Denmark and the UK agreed that haters could be anyone: "anybody could do it via social platforms", "it could be any of us, they don't have to have special characteristics." A younger participant argued: "you would think that only a certain group would be mean to people online, but really everyone does it". In some cases, it is not even intentional: "they just do it in the heat of the moment," because they "want to express something".

While psychological motives and negative feelings of the haters were often mentioned, some rather suggested that haters just want to make fun of the victim "because it is their hobby" or "because they find it cool or funny", or to "follow a trend".

Bystanders are the ones witnessing hate speech situations. They may ignore or choose not to get involved, which could reinforce the feeling of helplessness and isolation of the victims or empower the perpetrator.

Participants provided a variety of reasons for why this group of bystanders might not get involved in hate speech situations, with the most popular being that bystanders do not "feel it is their responsibility". One reason for this is indifference: "you may feel it's not your problem. If you've got plenty problems of your own you don't really give priority to go and voice your opinion". Another reason is peer pressure and fear to become a target of hate speech: "the worst fear for a lot of kids, a lot of people our age, is not having anyone in school. Because then it'll make you feel lonely and it will lead to you being sad and depressed. So you do not want to go against everything that everybody else believes, because you want friends."

To a certain extent, this speaks to the increasing normalisation of hate speech we have discussed in the review of the literature, with victims and bystanders having a "laissez faire" attitude, not getting involved or taking any action. As several respondents put it, "hate comments have become normal and people think, as individuals, they can't change anything about it." "If you want to react to something, there's so much you could react to. You wouldn't have time for anything else."

Interestingly, adults' attitudes towards hate speech are not much different, according to some of our youth participants, implying they do not take it seriously: "it's not really seen as proper hate speech, as no responsible adult really thinks that it hurts people".

This article has been written based on the SELMA research report "Hacking Online Hate: Building an Evidence Base for Educators", which was published on Safer Internet Day in February 2019. The full report provides a more detailed analysis of the views of young people, with guidance for educators and professional how to respond to this. Read the full report here.